Workshop – Cell Size and Growth, From Single Cells to the Tree of Life 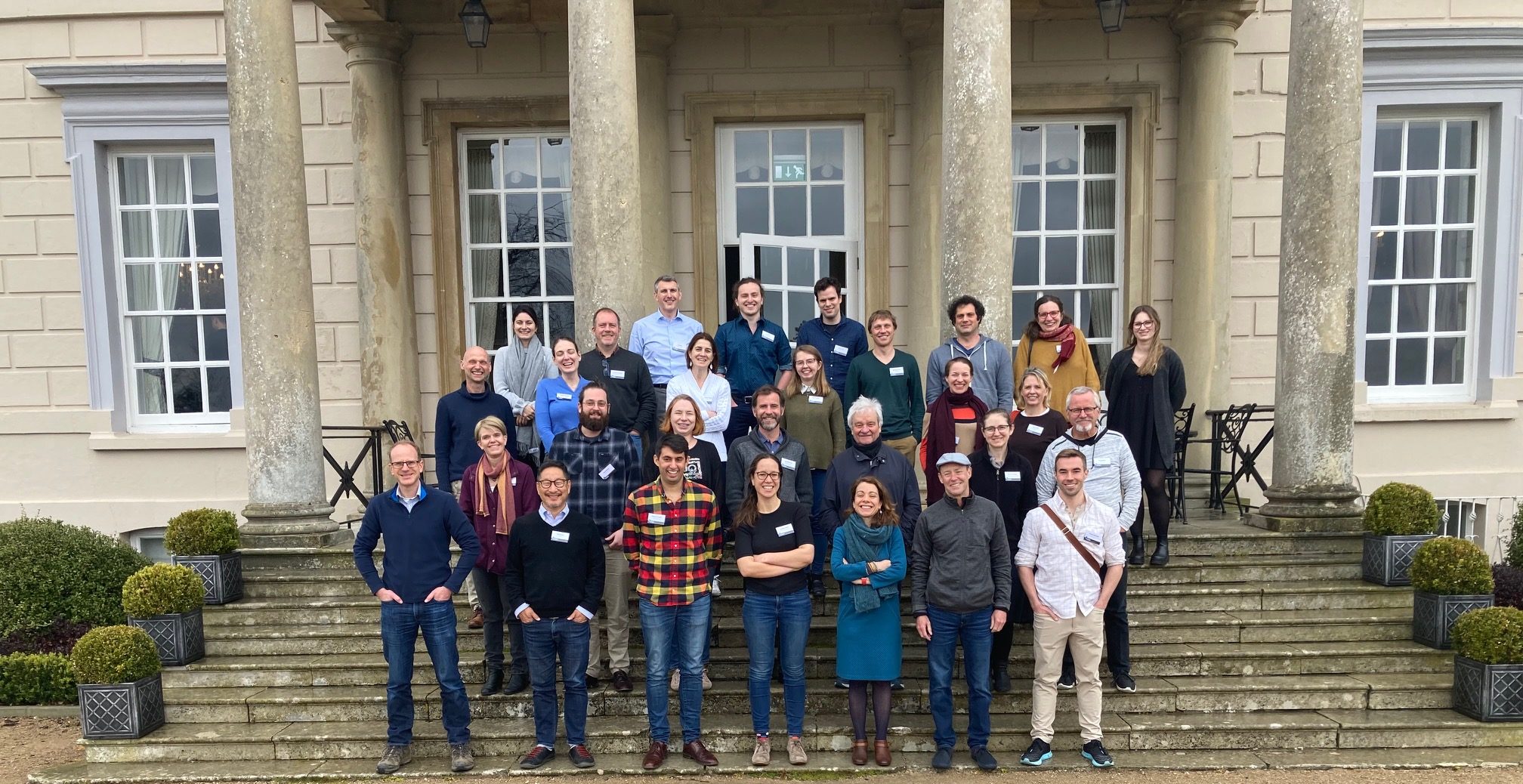 The first of our 2022 Workshops took place in April, with a focus on cell size and growth. Organised by postdoctoral researchers Clotilde Cadart and Matthew Swaffer, this Workshop brought together researchers working with a broad range of systems, including yeast, tadpoles and even fossilised plants.

Our Workshops are designed to unite researchers from different fields who might not usually meet at traditional conferences, and a sense of community quickly began to emerge as attendees gathered for the first day of talks. Researchers representing the full spectrum of career stages began to mingle under the glass roof of the Buxted Park Hotel orangery, which was allowing a touch of spring sunshine in. For many, this was their first in-person meeting since the pandemic began, and the excitement was palpable. 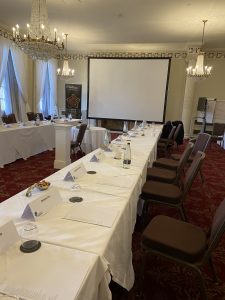 Each attendee had the opportunity to present a short talk, with plenty of time allocated for lively discussion of their data. Invited speakers, including Paul Nurse, Rebecca Heald, Fred Chang and Christine Jacobs-Wagner, presented in themed sessions alongside early-career researchers. For most of the PhD students in attendance, this Workshop was their first opportunity to present their research outside of the now familiar online format. Several had started their doctoral studies during or near the beginning of the pandemic, and their networking opportunities had suffered as a consequence.

“Having a two-year gap from presenting my research in person has been challenging,” said Diana Serbanescu from University College London. “Like many other PhD students, I rely on people’s feedback to improve and advance my research”. Dimitra Chatzitheodoridou, who is carrying out her doctoral studies at the Helmholtz Centre, Munich, reported a similar experience. “Having spent the majority of my PhD in pandemic conditions I was looking forward to this first in-person meeting and enjoyed the interactive environment the Workshop offered,” Dimitra said. “Even though all the virtual webinars and conferences I attended over the past two years kept me connected to the scientific community, I still felt there was sometimes a lack of time or depth in the scientific discussions”.

Indeed, the discussions in between sessions proved to be incredibly valuable. Fruitful exchanges of ideas were noticeable from the very start, with chatter about experiments, paper recommendations and reagents permeating the coffee breaks. “I believe that the scientific community quickly adapted to the online environment by organising virtual talks and events,” Diana said. “However, nothing compares to having a cup of coffee with some of the biggest people in the field and sharing ideas that they find interesting”. With around 30 delegates, including ten early-career researchers who received funded places, the intimate size of the Workshop also helped promote repeated, meaningful interactions. “The smaller number of participants was also a huge advantage since it allowed more personal and deeper scientific exchange,” Dimitra explained. 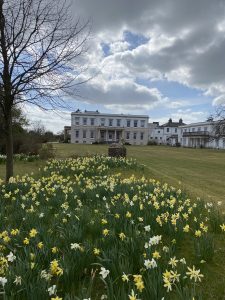 Pandemic travel restrictions have been progressively easing, but international travel can still be a challenge. Liliana Piñeros Leyton, a PhD student in Lendert Gelens’s lab at KU Leuven, Belgium, went beyond the call of duty to ensure she could attend the Workshop in person. When she heard she’d been offered a place on the Workshop, Liliana immediately applied for a visa to come to the UK. However, the humanitarian crisis in Ukraine was worsening, and the visa processing service was understandably overwhelmed. As the date of the Workshop approached, it seemed increasingly unlikely that Liliana would receive her visa in time. She was able to attend the first days of talks online, since conferencing software had been put in place to accommodate any delegates facing travel issues. “I was really happy that at least there was a way for me to follow online,” she said. In a dramatic turn of events, Liliana heard midway through the Workshop that her visa had been approved, but that her passport now needed to make its way to Paris and then on to Brussels. Liliana was undeterred: “I knew that I had to do the impossible to enjoy the opportunity”. Travelling to Brussels, she collected her passport straight off the delivery plane from Paris and then rushed through the airport to board her 9am flight to London. She arrived during lunchtime on the final full day of the Workshop to rapturous applause and delivered her talk that same afternoon.

The energy at this Workshop was undoubtedly heightened by the joy of reconnecting with colleagues and making new connections in person once again. It was as if a small community had formed in the middle of Sussex, bringing together researchers who had long been separated by the difficulties of the pandemic. “It was the first time that I’d presented work to other people who weren’t just in my department,” Liliana said, reflecting on how important this meeting has been for launching herself within her field. “I have new perspectives now”.

If this has inspired you to run your own Workshop, check out our recent piece on reasons to apply as a scientific organiser. We are currently accepting proposals for our 2024 Workshops, one of which will be held in a Global South country. Find out more and submit your proposal by 29 July 2022. 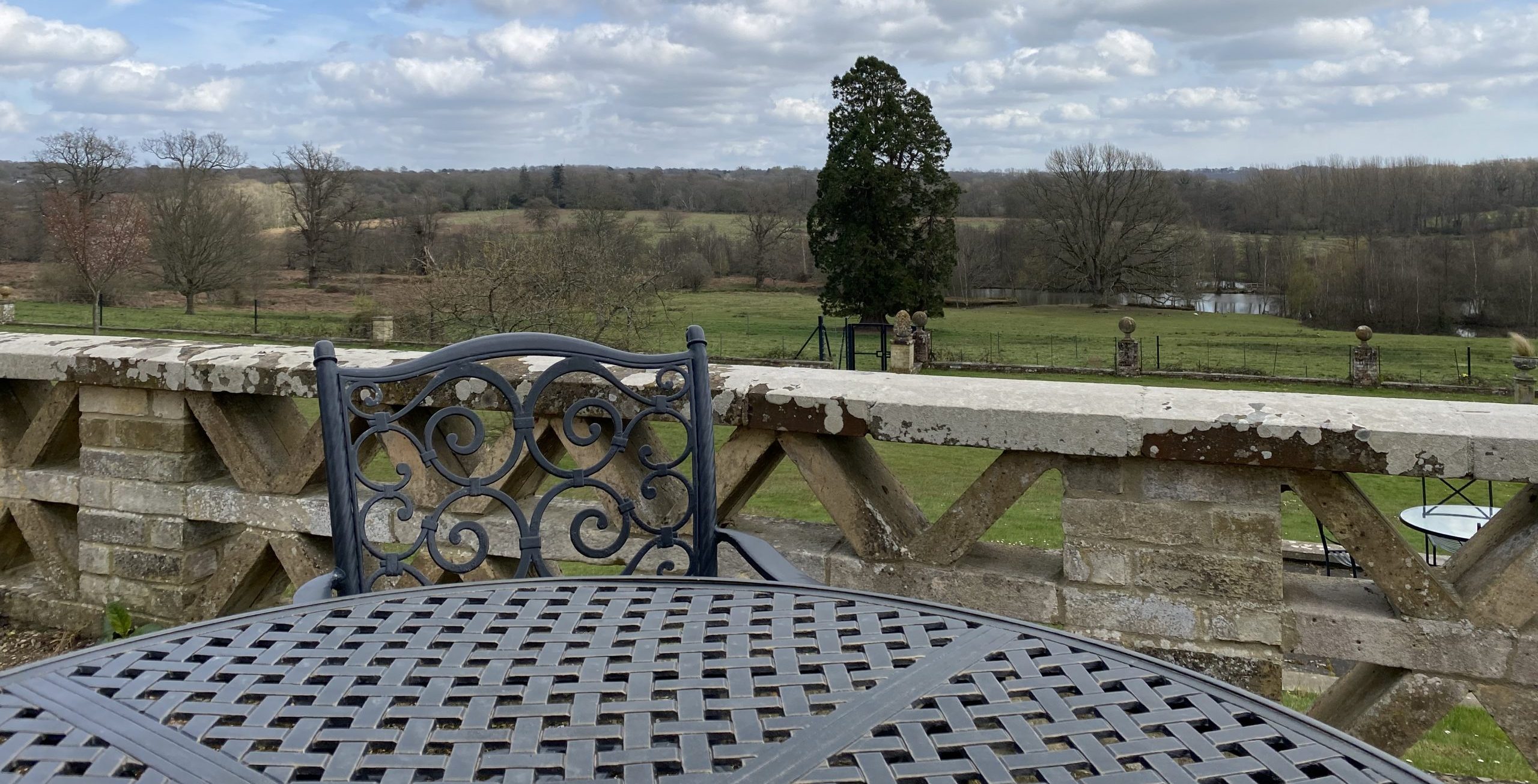