Two Travelling Fellowships to study ageing in a long-lived shark 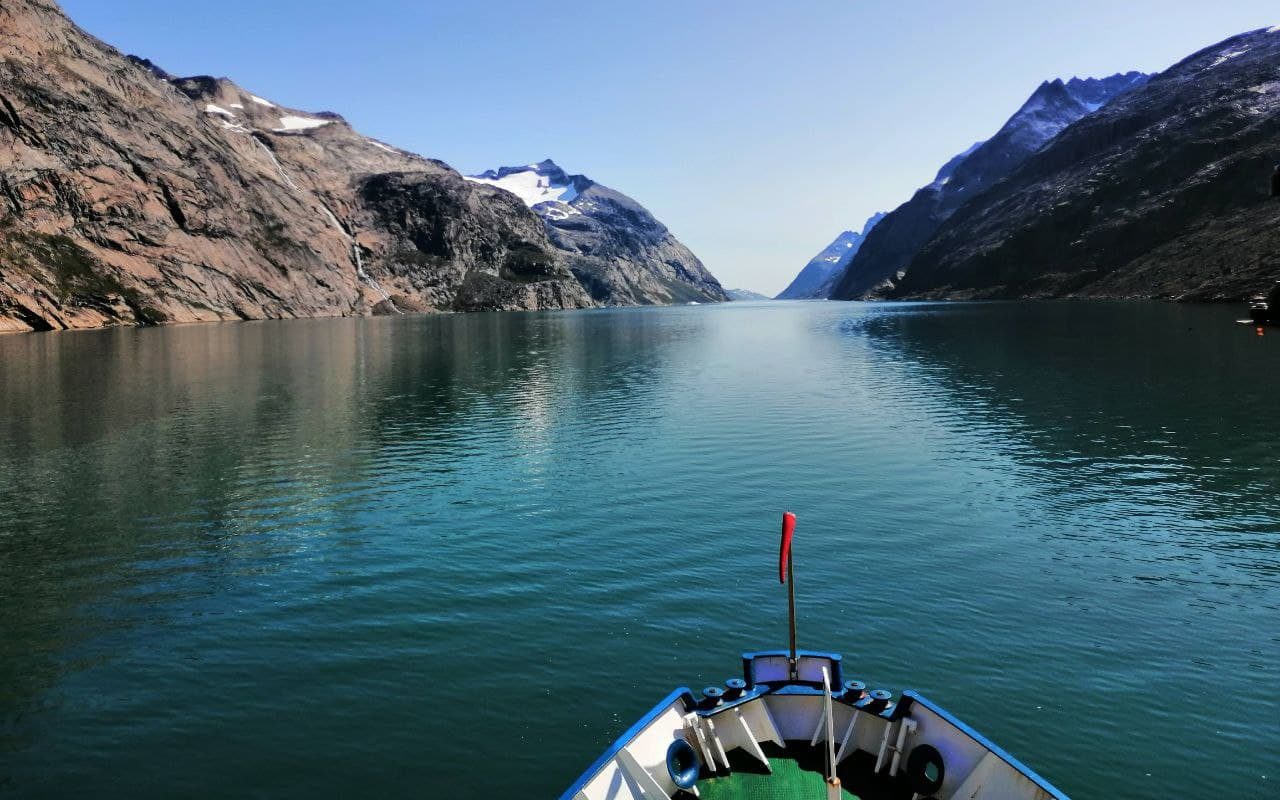 The Greenland shark (Somniosus microcephalus) is a vast creature, reaching up to five metres long. The shark grows very slowly but can reach this impressive size because it is also incredibly long-lived, with reports of some sharks living for up to 400 years.

How does the Greenland shark live for so long, seemingly defying the ageing process that humans and so many other animal species endure? It is well established that oxidative stress can contribute to ageing, with particles called free radicals causing oxidative damage to DNA, proteins and mitochondria in an animal’s cells. The Greenland shark certainly has temperature on its side; it is ectothermic, so the cold waters in which it swims should result in a slower metabolism, thus reducing the production of those dangerous free radicals. However, it still lives longer than its Arctic peers, so there must be something else afoot.

Alexandru Chelu and Kerri Smith, two PhD students from the University of Manchester, received Travelling Fellowships (from Journal of Cell Science and Journal of Experimental Biology, respectively) to investigate the mechanisms underpinning the Greenland shark’s longevity. Their aim was to study the sharks in the field in order to collect fresh samples for their research. As Alexandru explained, “Our knowledge of ageing in relationship to DNA damage comes largely from short-lived mammalian models and humans, thus the Greenland shark represents a unique model organism of ageing.” Gaining insights into the shark’s physiology could also have implications for targeting human diseases related to the ageing process.

Thanks to their Travelling Fellowships, Kerri and Alexandru were each able to spend around two weeks aboard a research vessel in Arctic waters. The expedition was organised by Professor John Fleng Steffensen, a researcher at the University of Copenhagen. For her project, Kerri collected shark tissue from which she was able to immediately extract mitochondria using equipment on the ship. This improved the quality of the samples she prepared and allowed her to take the vital statistics of mitochondria in the field. Mitochondria contain a channel called the mitochondrial permeability transition pore (MPTP). The opening of this channel has been linked to the onset of cell death and sensitivity to MPTP opening seems to increase in aged animals. Kerri found that Greenland shark mitochondria were able to sequester very high concentrations of calcium without the MPTP opening, compared to similar studies carried out in vertebrates such as rat and sheep. The shark mitochondria also produced low levels of the oxidant hydrogen peroxide. Reflecting on what she gained from the expedition, Kerri said that “[…] this trip was an amazing experience that has increased my experimental ability and allowed me to connect with top researchers in the field of environmental physiology.”

Meanwhile, Alexandru focused on DNA damage in the Greenland shark. He collected and preserved the shark’s red blood cells (RBCs) for these experiments, since shark RBCs retain their nucleus, unlike human RBCs. These cells will be used in an assay called CometChip. To perform the assay, the RBCs will be placed in a chip and covered with agarose gel. An electric current can then be applied, causing the DNA from the cell nuclei to migrate into the surrounding gel. The assay gets its name from the ‘tail’ shape that the DNA forms when it enters the gel; the length of this tail can be measured to determine the level of DNA damage accrued.

The expedition was a great success for both early-career researchers, and they are still reaping the rewards. Alexandru collected skin samples that he hopes will allow him to establish the first-ever Greenland shark cell line on his return to his home lab. He has already demonstrated that fibroblasts extracted from these samples can survive in culture. Alexandru said that the expedition had “[…] been extremely impactful for my career; I had the opportunity to meet expert scientists and learn about their extensive research.” Kerri has also returned with valuable tissue samples and isolated mitochondria that will be used for further analysis in Manchester. This will include assaying the expression and activity of mitochondrial proteins. As Kerri and Alexandru continue their PhD studies, they are sure to remember this expedition. As Kerri put it, “To be able to carry out exciting science in the beautiful setting of the Greenland fjords was unforgettable.”