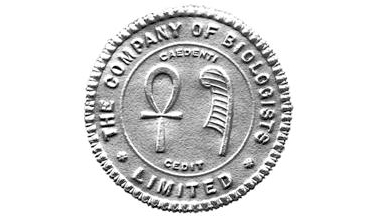 The Ankh is well-known as the Egyptian hieroglyph for life – an appropriate symbol for an organisation dedicated to supporting the life sciences. The feather represents the goddess Maat, who weighed souls against her feather to determine whether they would reach the paradise of the afterlife. The feather is generally seen as the symbol for truth, balance and order. The motto ‘caedenti cedit’ means ‘it yields to the knife’ but could be interpreted as ‘truth yields to investigation’.