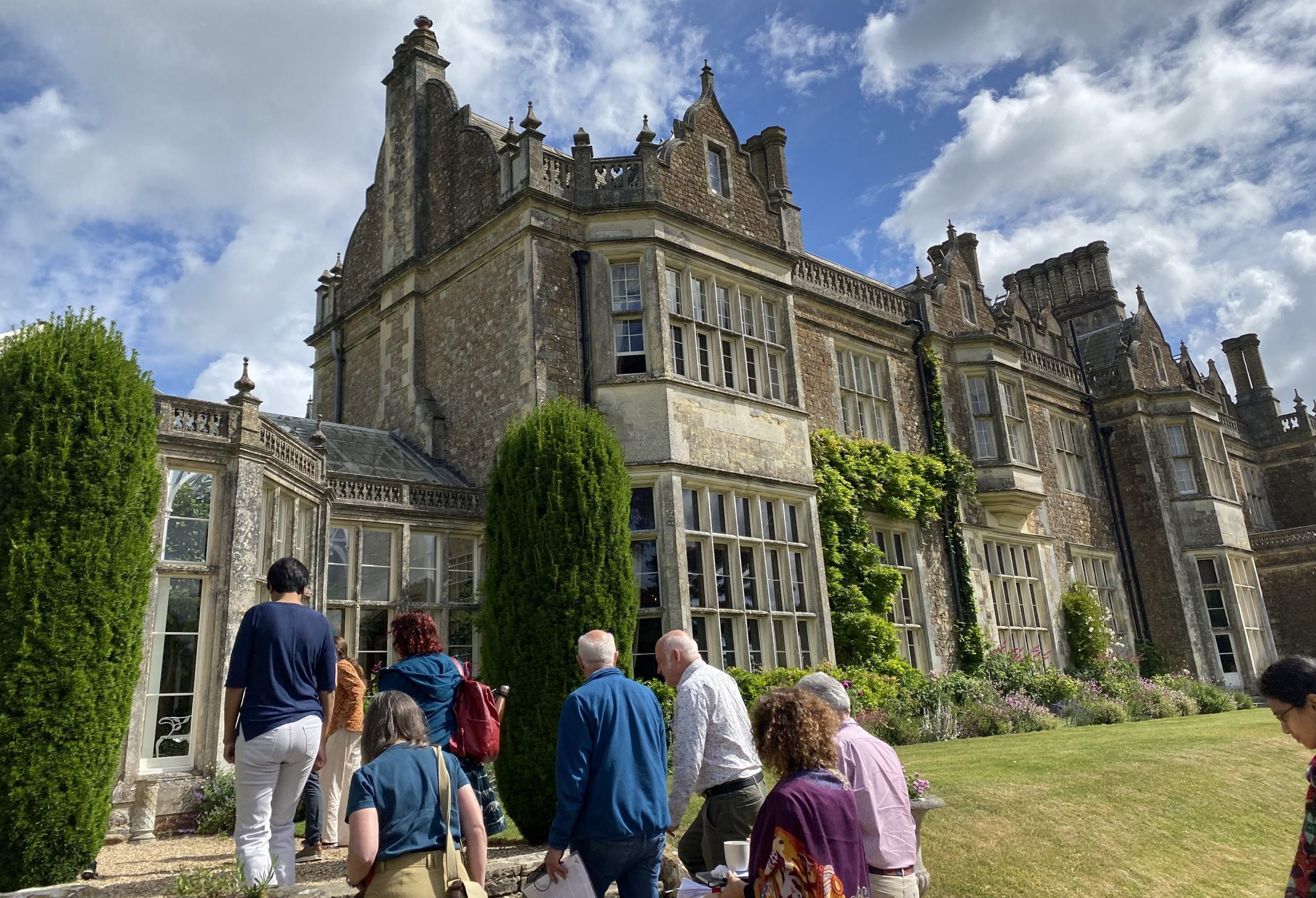 We rounded off June with a slightly unusual Workshop, which aimed to nurture new voices in science writing. Organised by Buzz Baum, Enrico Coen, Mark Miodownik and Jennifer Rohn, the Workshop brought aspiring writers, established authors and agents together in the beautiful surroundings of Wiston House, Sussex.

Usually, our Workshops are focused on a particular research topic, with early-career researchers and established leaders in the field presenting their findings alongside each other. The focus on creative science writing rather than primary research made the format of this Workshop quite different, but attendees with varying degrees of experience interacting with one another helped maintain an egalitarian atmosphere. A team of established writers were invited to act as mentors for the Workshop, and they participated in the sessions alongside a group of mentees who had applied for funded places. The group rapidly developed a strong rapport and made great use of the time that had been carved out for discussion, often over a cup of coffee. “It was a fantastic mix of creative minds,” organiser Enrico Coen said. “Non-fiction to fiction, experienced to novice, learning from and inspiring each other.”

Following a competitive application process, accepted participants were asked to submit a piece of unpublished science writing in advance of the Workshop. The mentors and their fellow mentees each read a selection of these pieces and gave feedback within small groups at the start of the Workshop. “I took a chance in submitting a piece of my novel to the Workshop,” recalled Kristin Sherrard, a staff scientist at the University of Chicago, whose projects include a book series set in the future against a background of climate change. “I tried not to have overly high expectations of how it might be received. So, it was wonderfully affirming to hear that people liked it and wanted to read more in that vein.”

During the periods of free writing time that were built into the programme, mentees were able to either edit their piece in light of the feedback they had received or to work on something entirely new. The summer weather allowed them to explore the grounds of the estate and draw inspiration from their surroundings. Again, they received feedback on their new or revised pieces, and it was interesting to see that some participants tried a completely new style of writing after being inspired by their peers’ work. “I enjoyed the vibrant environment created by scientists with a shared interest in writing,” said Ilaria Chiaradia, a PhD student at the University of Cambridge who is working with cerebral organoids in Madeline Lancaster’s lab. “Despite being particularly interested in science journalism, I benefited from sharing writing and feedback sessions with novelists and science-fiction writers. The result was a nice merge of creativity and scientific accuracy.”

We were thrilled to have a team of well-known writers acting as mentors on the Workshop, including Karen Joy Fowler, Angela Saini and Tom Whipple. Kat Arney, an award-winning science writer and broadcaster, was delighted to participate as a mentor. She was particularly drawn to the opportunity to spend time reflecting on writing about science creatively with a group of likeminded people. “It was really great to see the diversity of people that we had on the mentoring team and also in the students,” she said. “We had people from different countries, people with different backgrounds in terms of their science and where they are in their lives. People writing fiction, people writing non-fiction, exploring children’s stories, exploring writing for the stage… I think that if it had been just a straight course on how you write standard scicomm non-fiction it would have been a much less rich experience.”

Overall, attendees ranged from science journalists to novelists and playwrights, many of whom are also active in scientific research. Most participants attended in person, but conferencing technology allowed those who had been unable to make the journey to join remotely. The broad range of disciplines meant that the writing presented during the Workshop was incredibly varied. “The first revelation from the Workshop was the sheer variety of pieces that can be classified as creative science writing,” said Durga Ananthanarayanan, an assistant professor researching the 3D printing of metals at the Indian Institute of Technology, Bombay. “Blogs, social media posts, news releases, journalistic articles, scripts for radio shows or podcasts, creative non-fiction, creative biographies, science-related fiction, and full-on science fiction.”

The diversity of the group seemed to drive the creative energy of the event, since each participant was able to offer a unique perspective on the work being discussed. “It was such an inspired idea to bring together creative writers and scientists to talk about writing,” said Raegan Payne, an award-winning playwright and graduate student at the University of Cambridge. “I found it particularly refreshing to talk about creative projects with scientists as they asked unique questions that I don’t normally get in creative circles, and it really cracked open my sci-fi play.”

Jennifer Rohn, a professor studying host-pathogen interactions at University College London and one of the co-organisers, said the conference exceeded her wildest expectations. “As a scientist who writes novels, I know that creative urges normally struggle to flourish between the cracks of expectation that academics have about what a proper academic ‘does’. So it was a stroke of genius for The Company of Biologists to recognise the importance of nourishing skills that will ultimately help scientists share and demystify their research to the wider world.”

As the Workshop came to an end and our writers dispersed, many delegates left feeling energised by the exchange of ideas. Since returning from the Workshop, Kristin has reflected on her experience for the Node. “I was especially struck by the way that including personal and emotional perspectives made people’s writing sing,” she said. “Such overtones find no place in research papers, but are essential in communicating to the broader public the meaning we find in practising science. This was an unexpected discovery for me.” Several participants commented that it was a revelation to meet so many likeminded people; this was particularly felt amongst the academics, some of whom had been the only members of their labs or departments with an interest in science writing. “Science and writing can be lonely ventures,” said Brent Foster, a laboratory technician at the University of Florida’s Whitney Laboratory for Marine Bioscience who writes creative non-fiction and feature news articles. “However, after sharing the creative space of this Workshop with both scientists and writers, I felt like a door was opened and I was welcomed into a vibrant science writing community.”