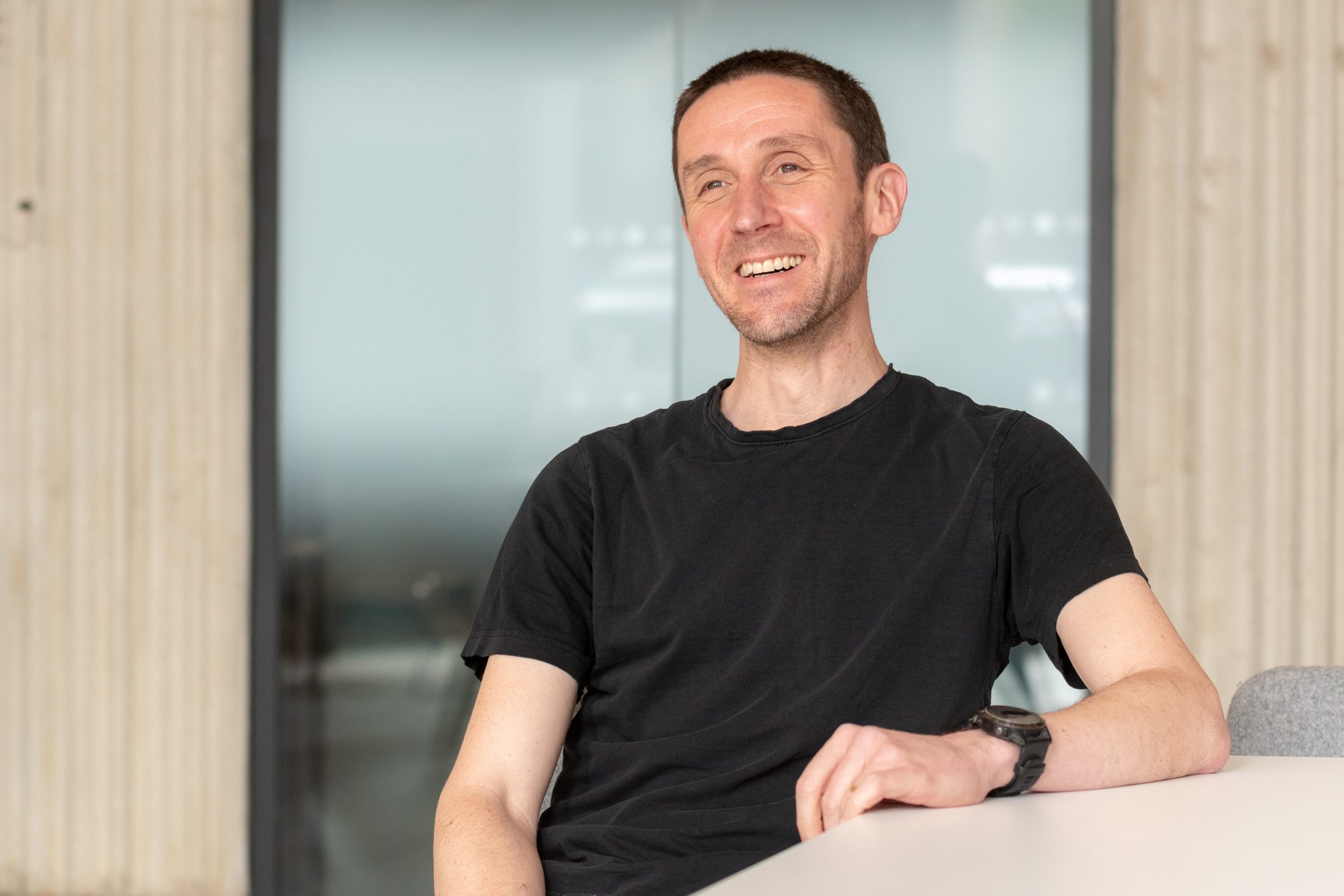 Steve Royle is based at the Centre for Mechanochemical Cell Biology, Warwick Medical School, where his team is investigating the molecular mechanisms that underpin two important cellular processes: membrane trafficking and mitosis. “We’re interested in the nuts and bolts of how these key processes work,” Steve explained.

Steve completed a PhD in Pharmacology with Ruth Murrell-Lagnado at the University of Cambridge. His doctoral studies led him into the world of membrane trafficking when they found that P2X4, the receptor that he was working on, localised to endosomes. During his postdoc with Leon Lagnado, he worked on clathrin, a protein known to be important in the formation of coated vesicles that transport proteins and lipids from one organelle to another. Steve discovered that clathrin was also playing a role in mitosis by stabilising the spindle.

Steve went on to establish his own lab at the University of Liverpool in 2006. He later moved to the University of Warwick, where he became a professor in 2019. His team’s research has built on and expanded Steve’s key discovery from his postdoctoral work, focusing on clathrin’s role in both endocytosis and cell division. Steve’s group recently discovered a new type of vesicle called intracellular nanovesicles, which he has found particularly exciting. Steve is also interested in microscopy, largely from an image analysis perspective, and programming. In recognition of his work, he was awarded the 2021 Hooke medal by the British Society for Cell Biology (BSCB).

Steve’s association with The Company of Biologists dates back to his training period, and he recalls publishing two first author papers from this time in Journal of Cell Science. He gained more insight into the charitable work that we do during his time on the BSCB committee, which he joined not long after starting his independent research group. The Company of Biologists provides funding to the BSCB, which it uses to provide travel grants for early-career researchers to attend meetings. During his time on the BSCB committee, Steve witnessed this aspect of our activities first-hand.

Steve has been a Director at The Company of Biologists since 2018. “I value the fact that The Company of Biologists is not-for-profit and that it supports the community,” he explained. He holds advisory roles with Journal of Cell Science, FocalPlane and preLights. This latter role particularly aligns with his interests in open science and preprinting. Steve is also Chair of the Workshop Committee, a role that he took on just before the pandemic hit. This somewhat delayed his plans, but the return of in-person Workshops in 2022 has been a welcome development and he is excited to work with us to expand the programme going forwards.