Adipose tissue is the main lipid storage depot in vertebrates. Initially considered as a simple lipid store, the adipose tissue has now been recognized to play a role as an endocrine organ implicated in processes such as energy homeostasis and also as a rich source of stem cells. Interest in adipogenesis has increased not only due to the prevalence of obesity, metabolic syndrome and type II diabetes in humans but also in aquaculture because of the excessive fat deposition experienced in some fish cultured species, which may compromise its welfare as well as its final product quality. Adipose development is well preserved among vertebrates, which has facilitated rapid characterization of several adipogenesis models in fish. This review presents the main findings of adipogenesis based in zebrafish studies and in primary cultures of preadipocytes of cultured fish species. Zebrafish has emerged as an excellent model for studying early stage formation of adipocyte fish development in vivo; nevertheless, bigger fish species are more suitable to isolate preadipocytes from visceral adipose tissue and differentiate them in vitro to mature adipocytes. Those differentiated adipocytes contain lipid droplets and express adipocyte-markers such as PPARγ, C/EBPα, LPL, FAS, FABP11, FATP1, adiponectin and leptin, as well as GAPDH activity. To better understand fish adipocyte development and physiology, different diet components, hormones, growth factors, cytokines and PPARs agonist have been tested, providing  relevant insights into the biology of adult fish adipocytes as well as external factors that affect adipogenesis and counterbalance adipose tissue dysregulation in these fish species. 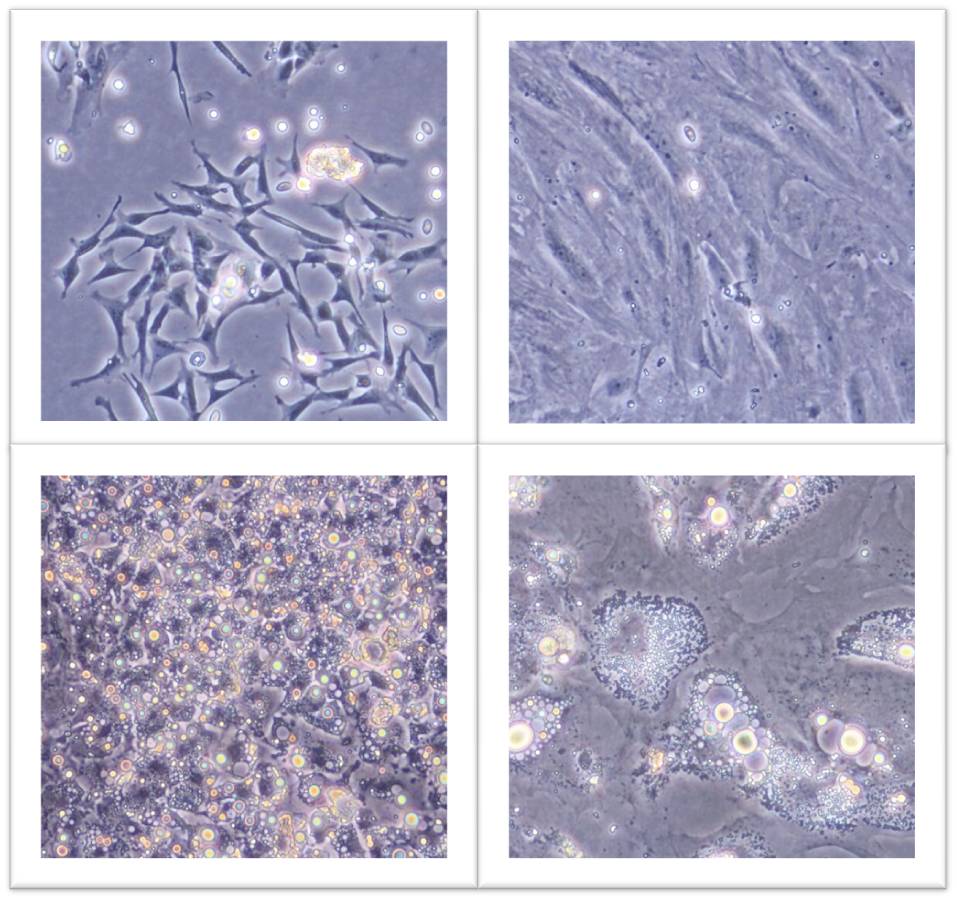