Why is stupidity in scientific research important?

As relevant today as it was 11 years ago, Martin Schwartz’s essay on the importance of stupidity in scientific research has reached over 1 million people to date.

In an excerpt of his 2008 Journal of Cell Science essay, Martin’s message resonates as loudly now as it did then. 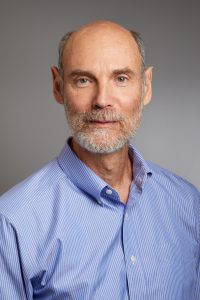 Science makes me feel stupid. I’ve gotten used to it – so used to it, in fact, that I actively seek out new opportunities to feel stupid. I wouldn’t know what to do without that feeling. I even think it’s supposed to be this way. Let me explain.

For almost all of us, one of the reasons that we liked science in high school and college is that we were good at it. That can’t be the only reason – fascination with understanding the physical world and an emotional need to discover new things has to enter into it too. But high-school and college

science means taking courses, and doing well in courses means getting the right answers on tests. If you know those answers, you do well and feel smart.

A PhD is a whole different thing. How could I possibly frame the questions that would lead to significant discoveries; design and interpret an experiment so that the conclusions were absolutely convincing; foresee difficulties and see ways around them, or, failing that, solve them when they occurred? My PhD project was somewhat interdisciplinary and, for a while, whenever I ran into a problem, I pestered the faculty in my department who were experts in the various disciplines that I needed. I remember the day when Henry Taube (who won the Nobel Prize two years later) told me he didn’t know how to solve the problem I was having in his area. I was a third-year graduate student and I figured that Taube knew about 1000 times more than I did. If he didn’t have the answer, nobody did.

That’s when it hit me: nobody did. That’s why it was a research problem. And being my research problem, it was up to me to solve. Once I faced that fact, I solved the problem in a couple of days. The crucial lesson was that the scope of things I didn’t know wasn’t merely vast; it was, for all practical purposes, infinite. That realization, instead of being discouraging, was liberating. If our ignorance is infinite, the only possible course of action is to muddle through as best we can. The more comfortable we become with being stupid, the deeper we will wade into the unknown and the more likely we are to make big discoveries.