On the trail of running giraffes 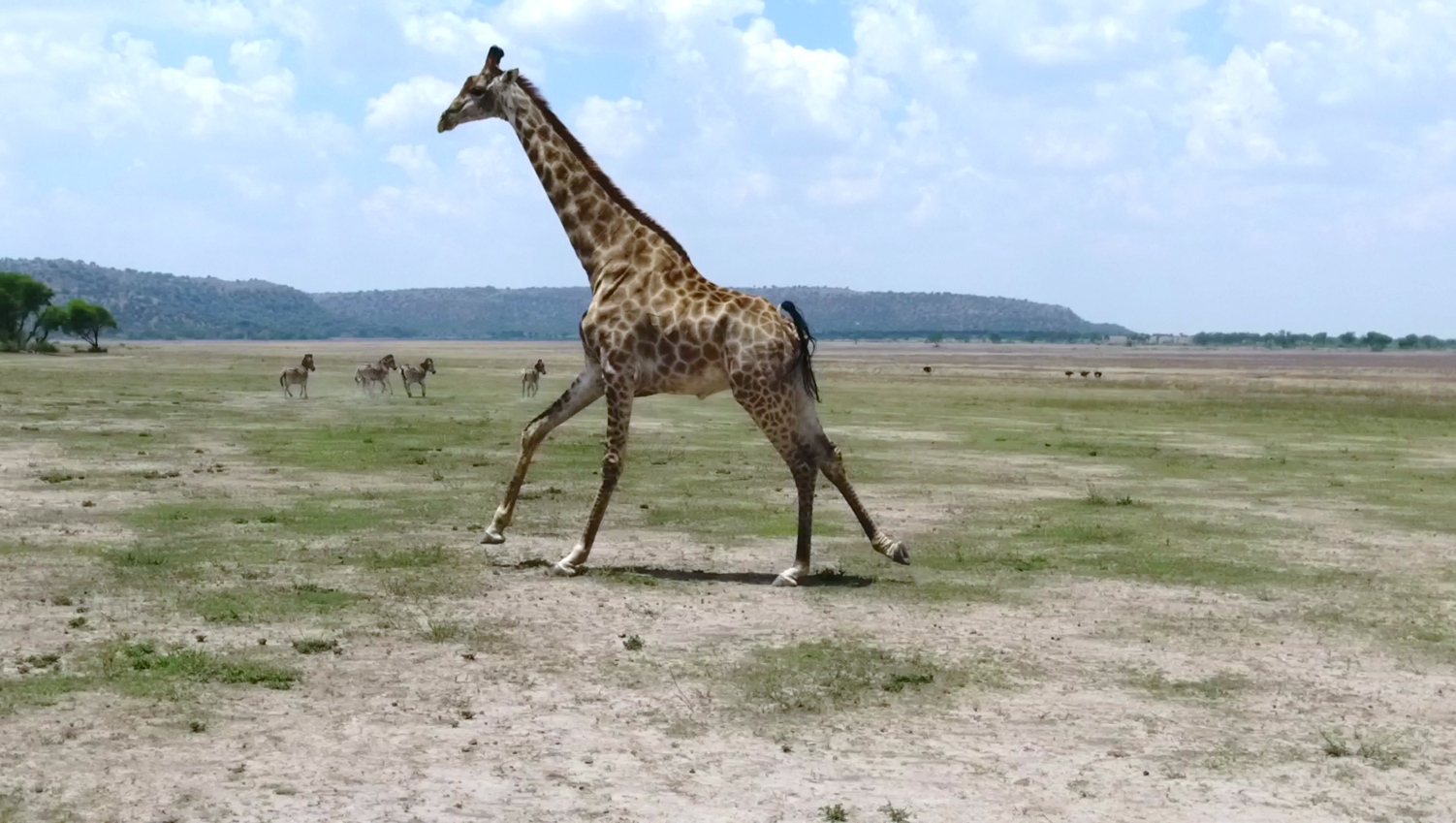 Years of anticipation and months of preparation – permit applications, equipment testing, liaising with multiple institutions – all boiled down to the single moment when Christopher Basu from the Structure and Motion Laboratory at the Royal Veterinary College, UK, got his first video footage of running giraffes. As part of his PhD, Chris studied the evolution and biomechanics of giraffe locomotion, collecting data on the motion and forces of walking giraffes in a UK zoological park. However, in that setting it was neither safe nor practical to study running speeds in giraffes, so Chris applied for a Travelling Fellowship from the Journal of Experimental Biology. This allowed him to visit Dr Francois Deacon at the University of the Free State in South Africa, where he could collect video footage of running giraffes in the open spaces of South African nature reserves. Taking advantage of recent innovations in unmanned aerial vehicles (drones), Chris and Francois were able film giraffes from the air as they ran over terrain that would be inaccessible to ground vehicles. This method was also far safer for both giraffes and researchers than following them in a fast-moving truck. To keep any disruption to the giraffes at a minimum, the team got to know the daily routines of the giraffes well and found that they were either indifferent to the drones, or were actively curious about them. The opportunity to travel to South Africa afforded by a Travelling Fellowship from The Company of Biologists allowed Chris to capture stunning high-quality footage of running giraffes to finish his thesis and to lay the groundwork for future collaborations.