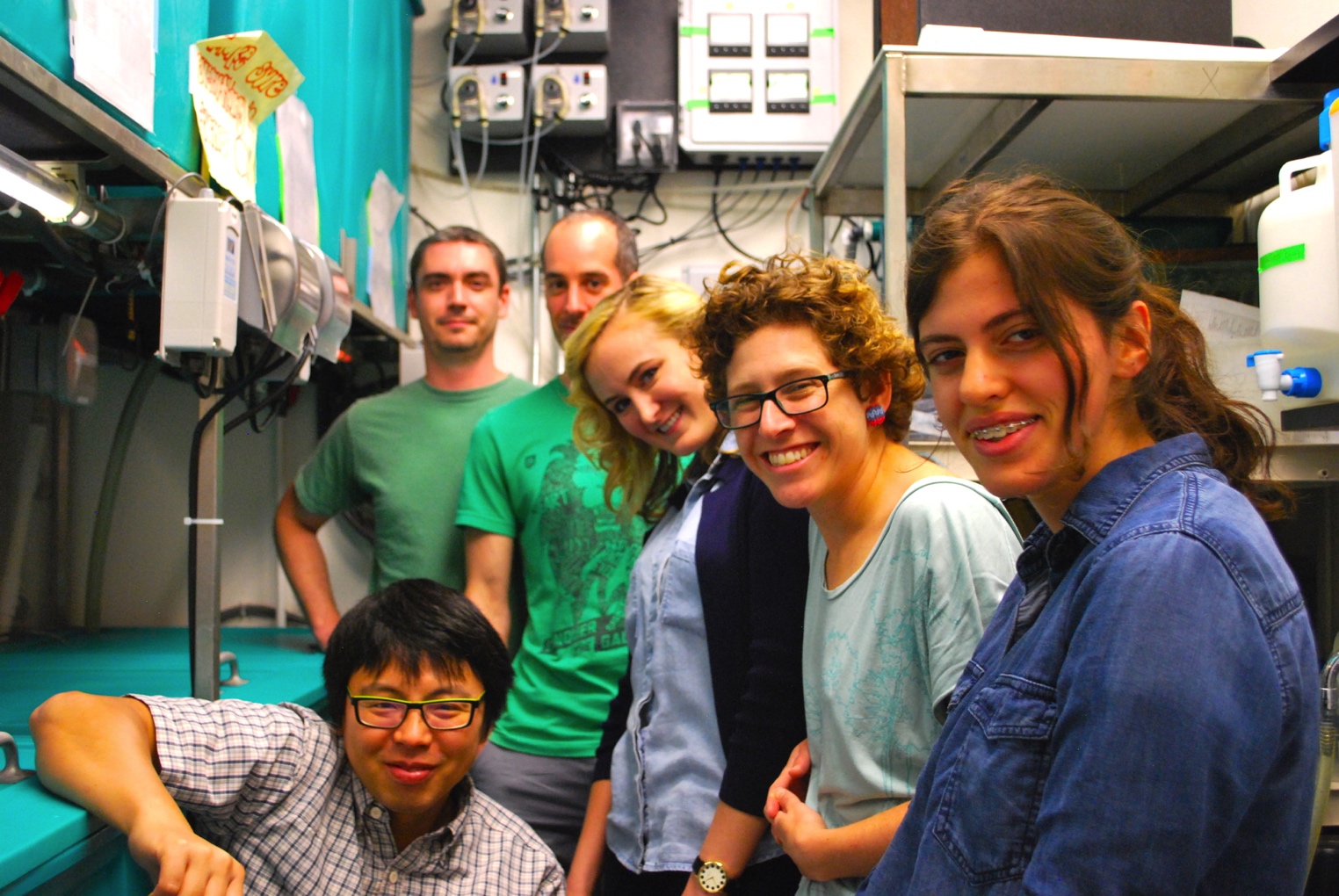 The neural crest is a vertebrate-specific embryonic cell population that originates near the developing neural tube and migrates to form critical adult structures, including the skull and peripheral nervous system. To shed light on the molecular mechanisms of vertebrate evolution, Dorit Hockman from the Weatherall Institute of Molecular Medicine at the University of Oxford studies the development and evolution of the neural crest by investigating its development in the most basal vertebrate model organism, the lamprey.This research requires access to live sea lamprey (Petromyzon marinus) embryos, and so Dorit applied for a Travelling Fellowship from Development to visit Marianne Bronner’s laboratory at the California Institute of Technology over the lamprey breeding season. There, Dorit used a transient transgenesis technique developed in the Bronner lab to drive the expression of a GFP reporter in neural crest cells and track expression as these cells migrated into the branchial arches. Further development of this technique should allow isolation of pure populations of neural crest cells from lamprey embryos to be used in downstream next-generation sequencing analyses. A Travelling Fellowship from The Company of Biologists gave Dorit the opportunity to test a new chromatin-based technique for identification of candidate active enhancer regions in embryonic lamprey DNA on neural crest tissue samples collected during her visit to the Bronner lab. Back in Oxford, Dorit was able to isolate RNA from tissue samples and prepare sequencing libraries for differential gene expression analyses to identify candidate genes that are important for guiding the early stages of neural crest development in the lamprey. The data collected on this visit to the Bronner lab now forms the foundation of Dorit’s current research, which explores the evolution of the neural crest gene regulatory network.