Tracing the evolution of trafficking 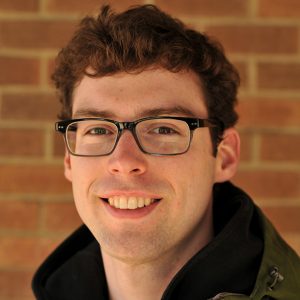 Eukaryotic cells traffic vesicles and cargo through a system of organelles, which allows them to carrying out processes such as endocytosis and exocytosis. Lael Barlow from the Department of Cell Biology at the University of Alberta, Canada, studies the evolution of proteins involved in membrane trafficking, including components of Adaptor and SNARE protein complexes. His bioinformatics work suggests differences in how membrane trafficking occurs in single-celled eukaryotes compared with animals and fungi. To further investigate membrane trafficking in single-celled eukaryotes, he applied for a Travelling Fellowship from the Journal of Cell Science to travel to the Medical Research Council (MRC) Laboratory of Molecular Biology (LMB) in Cambridge, UK, to work with Dr Robert Kay’s specialist Dictyostelium discoideum cell biology research group. D. discoideum is a highly tractable model organism, which spends much of its life cycle as a single-celled amoeba. The expertise and resources available in the Kay laboratory for working with D. discoideum allowed Lael to progress his research from exclusively sequence data analysis to in vitro experimentation, and Lael’s work on SNARE proteins has recently been published in a co-authored article in the Journal of Cell Science. In additional to advancing his research, a Travelling Fellowship from The Company of Biologists gave Lael the opportunity to have valuable conversations and form connections with researchers from the MRC-LMB, the Cambridge Institute of Medical Research, the Cambridge University Department of Biochemistry, the University of Kent, and the University of Exeter. He now hopes to return to the UK to pursue further research.