Towards a Mediterranean coral cell atlas 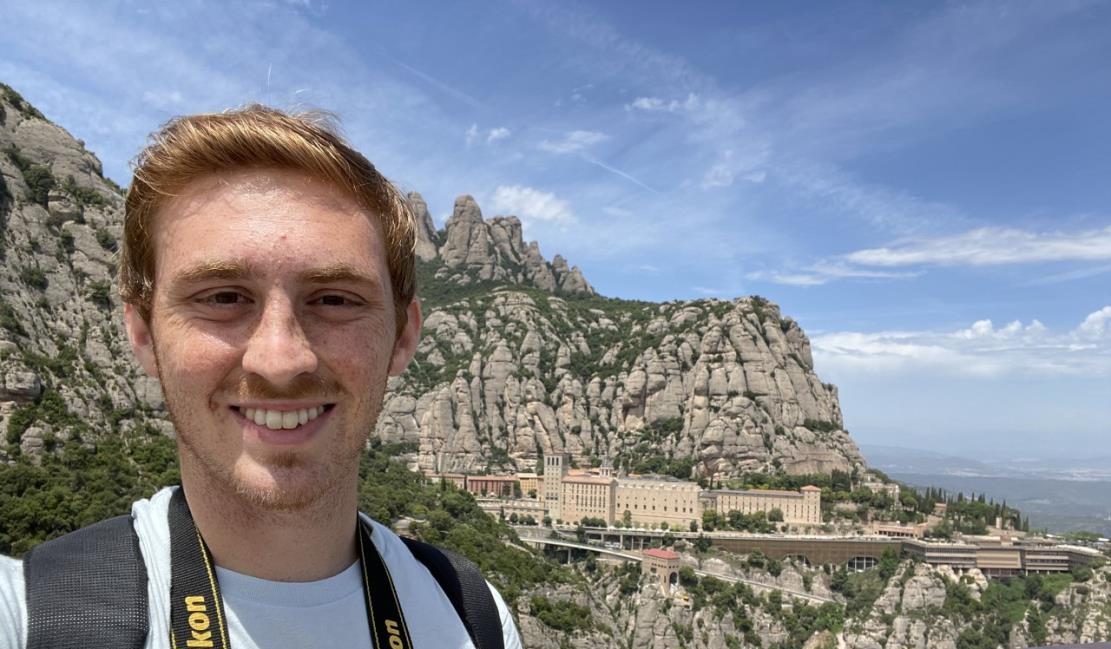 Rising sea temperatures are having a devastating effect on tropical corals and, sadly, we have become used to seeing images of bleached and dying reefs on the news. However, the impacts on their Mediterranean counterparts have not received as much attention. A Travelling Fellowship helped fund PhD student Anthony Bonacolta’s trip across the Atlantic to Barcelona, where he was able to lay the foundations for the development of a Mediterranean coral cell atlas.

Corals are key parts of the marine ecosystem, providing habitats for fish and crustacea. They also play host to a variety of microorganisms. For example, many corals harbour algae known as zooxanthellae, which provide them with carbon from photosynthesis. When sea temperatures become too high, the corals expel these algae. This process is known as ‘bleaching’ because it leaves the corals with a pallid appearance, and they are at risk of death if they cannot recover their zooxanthellae. Zooxanthellae are by far the most studied of the coral microbiota, but it has also been suggested that other microorganisms can help protect the corals from heat stress in the first place. Overall, the crucial role that these microorganisms play in coral health makes them key to our understanding of how best to approach coral conservation.

Anthony is interested in how gene expression and the interactions between the coral and its microbiome changes under thermal stress. Understanding this would help researchers to determine which genes, cell types and microbes are important for withstanding increasing temperatures. To investigate this idea, he began studying the coral Orbicella faveolata in his home lab at the University of Miami, carrying out single-cell RNA sequencing (scRNA-seq) to probe how its gene expression profile changes when the temperature is raised. However, he wanted to branch out along the phylogenetic tree and study the Mediterranean corals Corallium rubrum and Paramuricea clavata. If the microbiome does play some role in the thermal stress response, Anthony expects to observe different responses in different coral species, since they each have distinct microbiota. For example, Orbicella faveolata has zooxanthellae whereas the two Mediterranean corals do not.

Anthony’s ultimate ambition is to create a Mediterranean coral cell atlas using scRNA-seq. A cell atlas comprises information about gene expression at the single-cell level, collected from all the different cell types that make up an organism. In support of this goal, a Travelling Fellowship from Journal of Experimental Biology allowed Anthony to visit Dr Ramon Massana’s lab at the Instituto de Ciències del Mar, Barcelona. Whilst there, he managed to establish a protocol for sample preparation from his two Mediterranean corals of interest. “The initial samples for these corals are cryopreserved at the lab waiting to be sequenced at the Centre of Genomic Regulation, also in Barcelona,” Anthony said. With the scRNA-seq pipeline established, researchers in Barcelona will be able to continue developing the cell atlas even though Anthony has since returned to the US.

As well as forming a crucial part of Anthony’s doctoral studies, the trip was enriching in other ways. Outside the lab, he had the chance explore Barcelona and its surrounding towns. He was even able to participate in some outreach work at his host institute. “I also got the opportunity to present my research to a group of high schoolers who visited the department in Barcelona to learn about the cool marine research taking place at the lab,” Anthony explained. “Overall, I am immensely grateful to The Company of Biologists for granting me the means to conduct this necessary portion of my PhD research in Barcelona and also allowing me to experience this wonderful and historic city and all that it has to offer.”