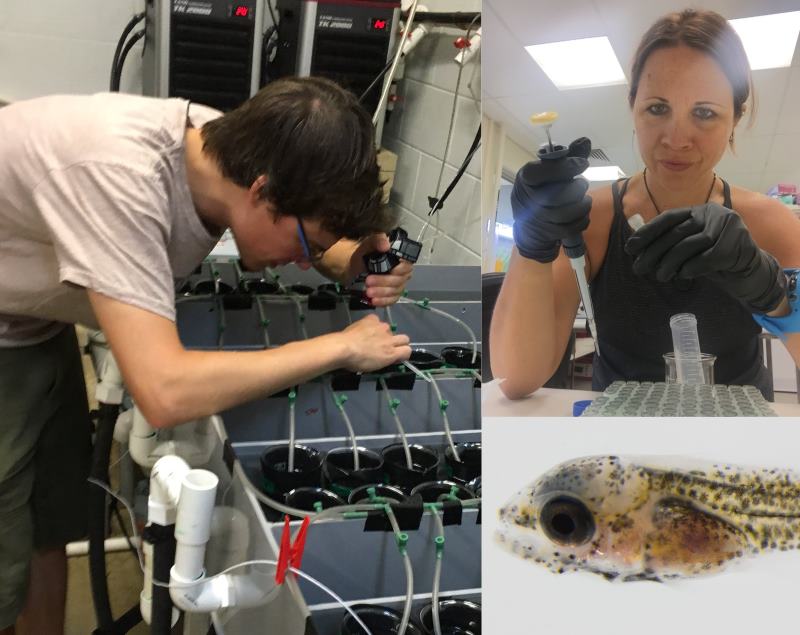 A few years later Jodie received a request from Björn Illing, a post-doctoral fellow at the Institute for Hydrobiology and Fisheries Science, University of Hamburg, Germany, to visit her lab. Following in Jodie’s footsteps, Björn applied for a Travelling Fellowship from the Journal of Experimental Biology to support his visit, where he planned to investigate the effects of temperature on the survival of larval cinnamon clownfish. Coral reef fishes are often exposed to high daily temperature fluctuations on flat reefs due to high radial and tidal forcing. However, little is known about how the upper thermal tolerance varies across the larval development of these fishes. Thanks to a Travelling Fellowship from The Company of Biologists, Björn was able to obtain valuable data and write a collaborative paper with Jodie. The collaboration was so successful that Björn has now returned with a prestigious Deutsche Forschungsgemeinschaft fellowship to continue his research as a post-doc in Jodie’s lab.