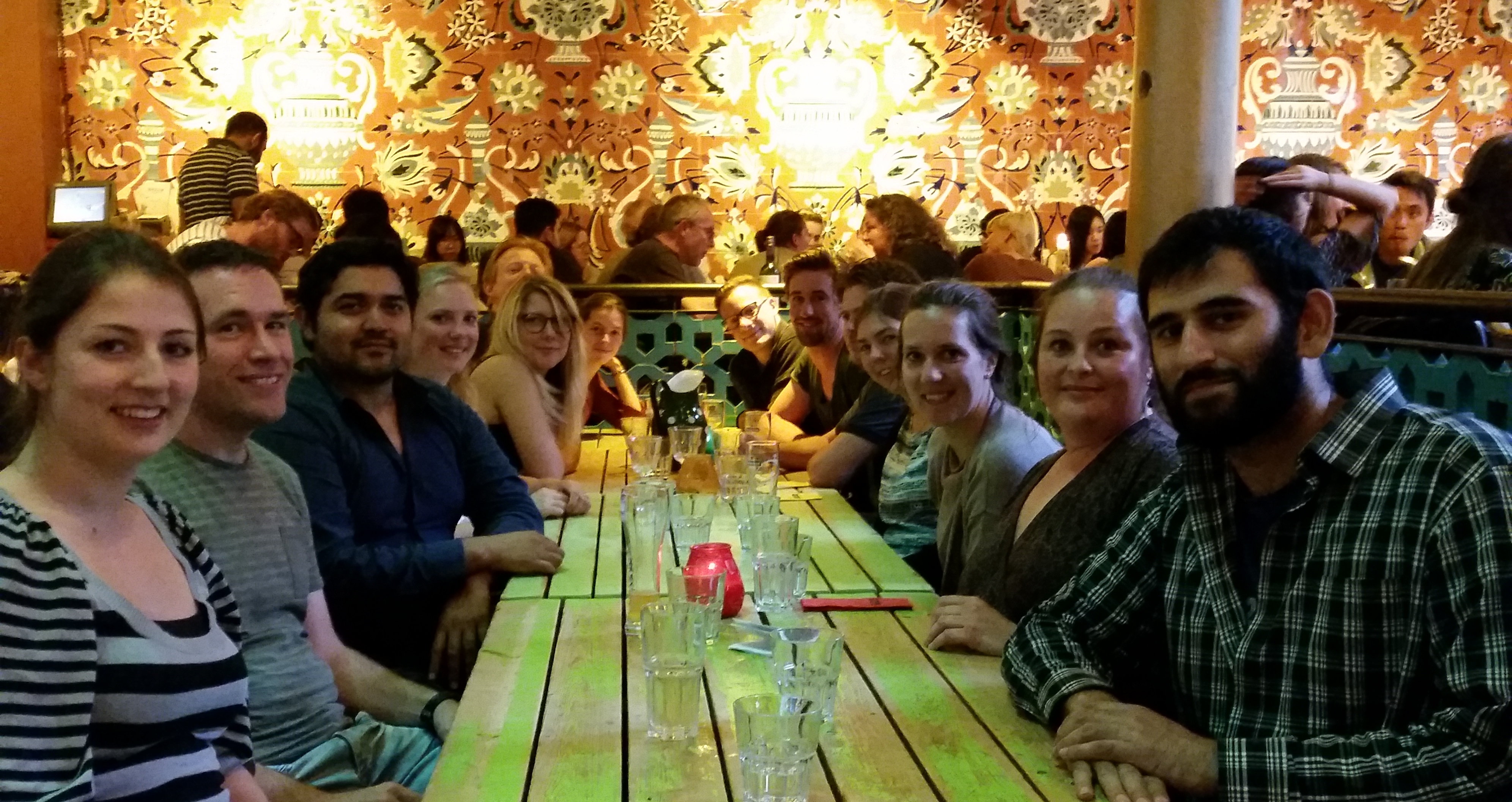 Transplantation of hematopoietic stem cells (HSC – stem cells that produce new blood cells) is a common treatment for several leukaemias. Following transfusion, HSCs migrate from the circulatory system into bone marrow niches, where they begin a process of self-renewal and proliferation that supports lifelong normal blood cell production. Alexander García Ponce, from Michael Schnoor’s lab at the Centre for Investigation and Advanced Studies of the National Polytechnic Institute in Mexico, was investigating how HSC cross the vascular wall and reach the bone marrow as part of his PhD project, with an aim to improving the outcome of HSC transplantation for individuals with leukaemia. Alexander applied for a Travelling Fellowship from Journal of Cell Science to spend time at the Sanquin Blood Bank, The Netherlands, in the laboratory of Dr Jaap van Buul, an expert in the process of leukocyte transendothelial migration. There, Alexander’s project focused on analysing whether migration of HSC across the endothelium occurs through cell–cell contacts (paracellular) or across an endothelial cell body (transcellular), and which of these routes HSC prefer.

Thanks to a Travelling Fellowship from The Company of Biologists, Alexander was able to improve his existing laboratory skills, and also learn new techniques to which he had no access in Mexico. Preliminary in vitro data from Alexander’s work in the van Buul lab indicated that HSC enter the bone marrow though the transcellular pathway by means of the formation of podosomes – actin-rich adhesive structures known to initiate transcellular migration. This finding is important as it may help develop new therapies in the transplantation field, such as improving engraftment after bone marrow transplants. A collaborative project between the Schnoor lab and the van Buul lab is now ongoing, using knockout mice to investigate levels of HSC engraftment and bone marrow colonisation.