A tribute to Dr Richard Skaer

Dr Richard Skaer dedicated much of his career to the success of The Company of Biologists. It is with great sadness that we learned of his passing on 5 June 2021.

An Emeritus Fellow of Peterhouse at the University of Cambridge, Richard was Director of Studies for Biological Natural Sciences, served as Praelector and Senior Fellow, and for a short while served as Acting Master. His association with Peterhouse was a source of real pride and enjoyment, and he became very involved with researching the college pictures as well as advising on the upkeep of the gardens.

Richard was integral to the evolution of The Company of Biologists. He first joined the Company as Secretary on 1 December 1981, when production of the Company’s journals was at Cambridge University Press. In a brave move, Richard and Simon Maddrell, the Financial Secretary, cancelled the contract with Cambridge University Press, signalling the start of the Company’s journey to independence. The duo hired typesetters who set up operations in a house purchased in Cambridge and appointed Pinders to print the journals. At this point, Richard gave up his research position at the Department of Haematology as well as his teaching in the University to join the Company as a full-time employee as Company Secretary. He was fully involved in setting up the printing press in Cowley Road and calmly navigated bumps in the road along the way, such as when production fell behind. Once printing and distribution was running smoothly, Richard set to work researching and implementing camera ready submissions and electronic publishing. Collaborating with Professor Wendy Hall, who at the time was at Southampton University and a Director of The Company of Biologists, Richard helped the Company’s journals to be among the first to be produced electronically.

In October 2001 Richard retired. As well as continuing to engage with research biology, subscribing to the paper copy of Nature until only a few years ago, Richard was an enthusiastic artist with considerable talent. He regularly attended life drawing classes and was a keen sculptor, using flints from the Norfolk coast as his base of making figures and he made a striking copy of the bust of an 18th Century Italian nobleman. He amassed a considerable collection of paintings and pottery, was a knowledgeable gardener, he took great pleasure in music and was a devoted family man. 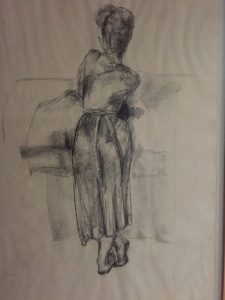 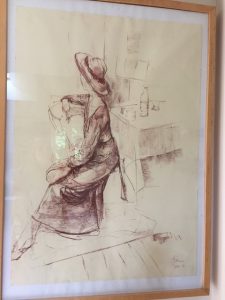 It is because of Richard’s hard work and dedication that the Company proudly stands as an independent not-for-profit publisher today. He will be sorely missed by all at The Company of Biologists.