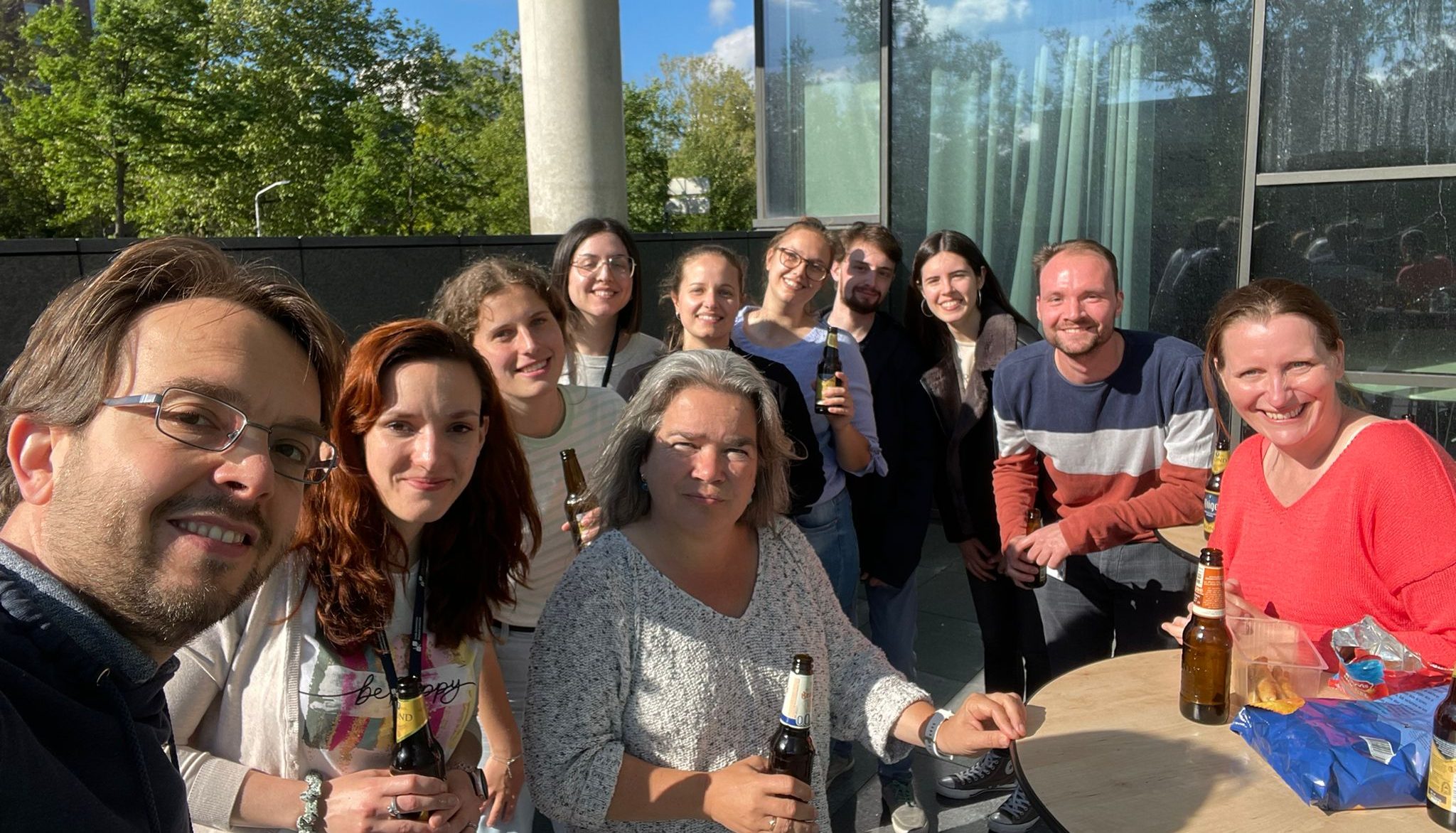 The placenta plays a crucial role in human development by supplying the foetus with oxygen and glucose whilst removing waste products. However, when signalling from the placenta goes awry, mothers are at risk of developing an inflammatory condition called preeclampsia. Monika Horvat Merčnik, a student on the international PhD programme ‘Inflammatory disorders in pregnancy’ (DP-iDP), used a Travelling Fellowship from Journal of Cell Science to explore the interactions between placental endothelial cells and resident macrophages in this condition.

In preeclampsia, the placenta secretes heightened levels of factors that inhibit blood vessel growth. This leads to hypertension in the mother as well as perturbation of blood vessels in the placenta. These blood vessels are lined with endothelial cells, which typically have a flat morphology and link together to form a thin sheet of tissue. In response to inflammation, endothelial cells can change shape, becoming more spherical and ultimately migrating from the cell sheet in a process called the endothelial to mesenchymal transition (EndoMT). Monika and her colleagues from the Wadsack lab at the Medical University of Graz, Austria, had observed that preeclampsia feto-placental endothelial cells (fp-ECs) have an altered phenotype and express more mesenchymal cell markers than their healthy counterparts. Monika was therefore interested in probing this further and investigating EndoMT in the context of the placenta.

It has been shown that the TGF-β signals released by macrophages as part of the inflammatory response can promote EndoMT following a heart attack. In the placenta, fp-ECs cells are often found near to a class of macrophages called the Hofbauer cells. Monika was therefore keen to investigate whether signalling was taking place between the fp-ECs and their associated Hofbauer cells. Supported by one of our Travelling Fellowships, she spent six months working with Professor Marie-José Goumans and Dr Gonzalo Sanchez-Duffhues at Leiden University Medical Centre. The Goumans lab have been instrumental in the development of tools to study TGF-β signalling and EndoMT, so Monika was keen to tap into their expertise. “This was a great opportunity to deepen my knowledge and skills related to TGF-β signalling and EndoMT of placental endothelial cells,” she explained.

During her stay, Monika discovered that Hofbauer cells from preeclampsia placentas promote the upregulation of a receptor called ALK2 in the fp-EC cells. This ultimately pushes these endothelial cells towards a mesenchymal identity. By contrast, secretions from Hofbauer cells in control placentas helped stabilise the endothelial phenotype of the fp-ECs. “The data obtained in Dr Gouman’s laboratory will be of great importance for my dissertation,” Monika said, reflecting on the impact of her Travelling Fellowship experience. “In addition, the newly formed professional network and the skills and knowledge acquired will have a profound impact on my career.”

Travelling and working during the pandemic has not been easy for early-career researchers, but Monika’s host lab did all that they could to ease the process. “The members of the lab accepted me immediately,” she said, “and their kindness and hospitality allowed me to feel comfortable even during the pandemic.”