Using aerobic exercise to investigate the thermal physiology of fishes

Water is relatively poor in oxygen, and meeting requirements for aerobic metabolism can be challenging for fishes. A number of hypotheses, of principles that underly how fishes will be affected by environmental stresses of global change, focus on respiratory physiology and capacity to provide oxygen for metabolism.  The OCLTT hypothesis proposes that, when fishes’ metabolism is accelerated by heating, the capacity to provide oxygen defines thresholds for performance and survival. The hypothesis of cross-tolerance proposes that, because both warming and hypoxia test the ability to meet oxygen demands, tolerance of one should be positively correlated with tolerance of the other. These hypotheses are debated, in particular because of data from experiments using a critical thermal maximum protocol where fish are acutely warmed in steps and loss of equilibrium is the tolerance endpoint. There is also the Gill Oxygen Limitation model, which proposes that the maximum size fishes can achieve will decline in a warmer future because larger fishes are relatively less able to meet their oxygen demands. This is not supported by knowledge and data. We investigated these three cases using a protocol whereby a fish is challenged to meet the combined oxygen demands of sustained aerobic swimming plus metabolic acceleration by warming in steps, with fatigue as tolerance endpoint. Results support the OCLTT as a mechanism that defines tolerance of warming, do not support the hypothesis of cross tolerance and also, against our expectations, indicate that capacity to meet oxygen demands of warming declines markedly with size. 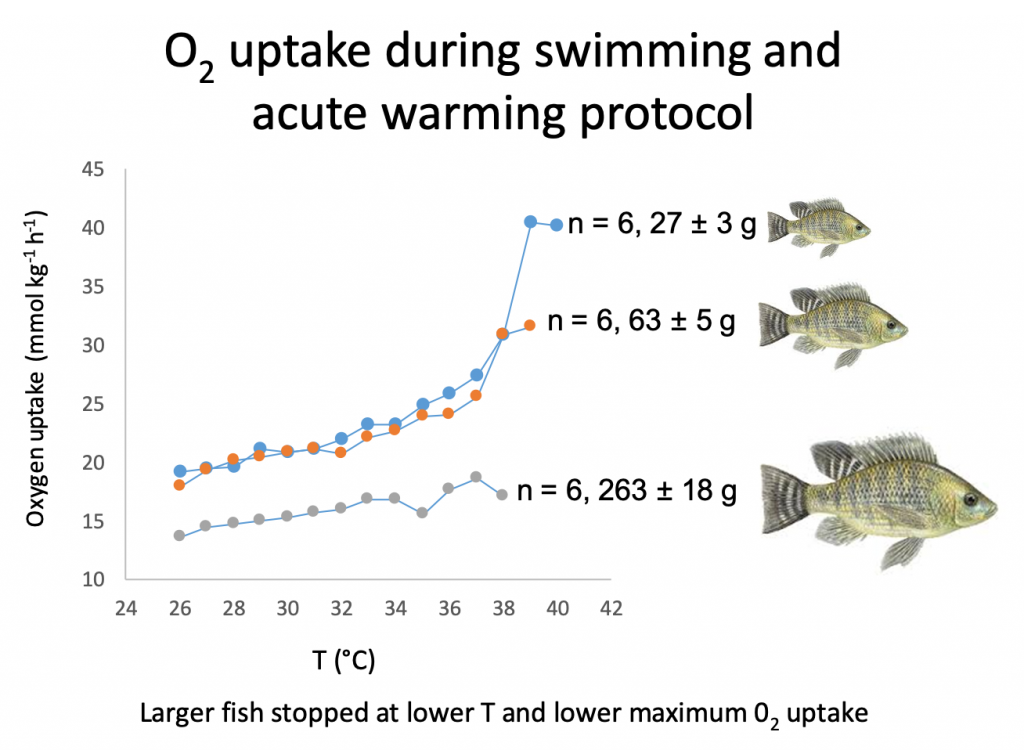 Predicting the future: species survival in a changing world