Spatial orientation to chemicals is both ancient and universal in animals. With the conquest of land and the evolution of the nose, a dual-purpose structure used both for olfaction and respiration, vertebrates faced new limits on mechanisms of navigation. I will present the PROUST (perceiving and representing odor utility in space and time) hypothesis, which proposes that the fluid mechanics of air-borne odors constrained how different vertebrate taxa are able to orient in space using olfaction. These constraints are both phylogenetic, e.g., a species’s mode of respiration and locomotion, and environmental, e.g., the distribution and predictability of air-borne odors in a species’s habitat. I will propose that such constraints led to the compensatory evolution of new mechanisms for spatial orientation, for example, spatial vomerolfaction in squamate reptiles, echolocation in bats and sonar in toothed whales. Finally, these ideas may also explain patterns of olfactory sensor morphology in invertebrates as well as vertebrates, including the human external nose. 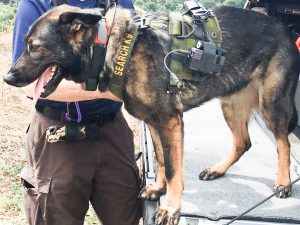