The reprogramming field has been firmly established, where we now have the capability of engineering a variety of cell identities. However, the protocols to generate target cell types are often inefficient and lack fidelity, with the engineered cells not fully recapitulating target identity. Previous studies aiming to assess and improve cell engineering were challenged by the cellular heterogeneity arising during reprogramming. Now, with recent technological and analytical advances, we have the resolution to study reprogramming and differentiation at unprecedented resolution. For example, novel single-cell technologies can enhance cell engineering, since they allow for a deep molecular characterisation of the engineered cell states and therefore enable the quantification of efficiency, precision and accuracy of existing protocols. Furthermore, single-cell atlases of primary developing and adult tissues serve as an essential reference for cell engineering and allow for the prediction of the requirements to design and generate a given fate. Enabling these engineering strategies to be realised, the fields of CRISPR engineering and synthetic biology are offering new tools to manipulate cell function and fate.

This Workshop unites experts in human cell fate engineering and experts in the manipulation and characterisation of single cells. The goal is to fully understand the molecular steps underlying the transformation of one cellular identity into another. The cross-disciplinary selection of speakers spans the fields of cell fate engineering and emerging technologies to analyse and manipulate cells at single-cell resolution.

Presentations will cover the following themes:

The ultimate aim is to predict the outcome of the application of certain transcription factors/small molecules/synthetic gene circuits to precisely engineer identity of clinically valuable human cells. We envision an exceptional opportunity for interactions and establishment of new collaborations that will bring us a big step closer to reprogramming human cell identity at high efficiency and fidelity.

We offer 10 funded places for early-career researchers (PhD, postdocs and PIs in the first three years of their first appointment) to attend our Workshops along with the 20 invited speakers. We just ask that you pay for your own travel costs. If you would like to attend please complete the online application form and include a one page CV and a letter of support from your supervisor. If your supervisor would prefer to send the letter directly to us please ask them to email it to workshops@biologists.com

All attendees are expected to actively contribute to the Workshops by asking questions at presentation sessions and taking part in discussions, as well as giving a short talk on their research.

At some Workshops, early-career researchers are given additional responsibilities to promote their involvement, such as:

Write a daily blog for the Node

Most of these activities would be carried out in pairs or small groups and often with the support of more senior scientists present. 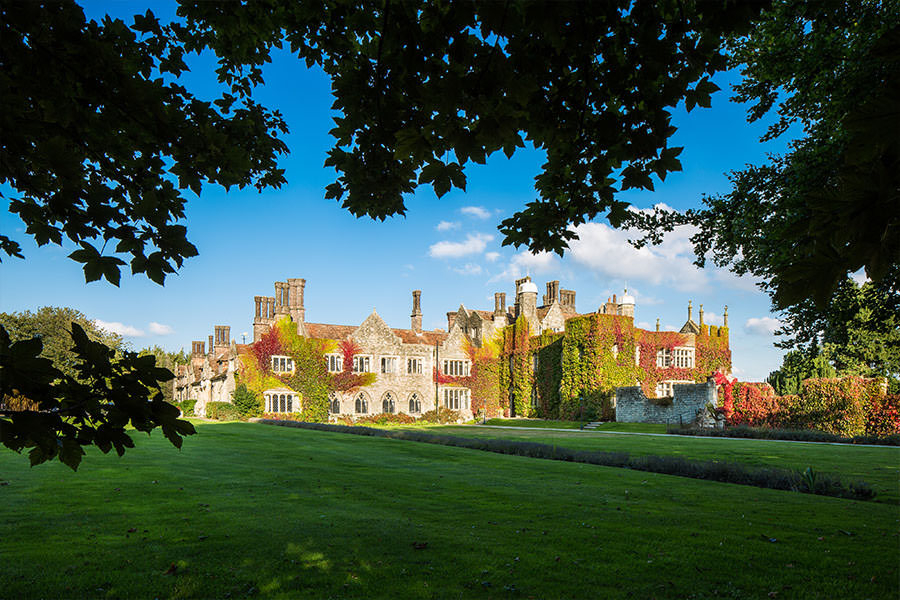 Eastwell Manor is a picture-perfect countryside hotel in the heart of the Garden of England. The original Eastwell Manor, built in neo-Elizabethan style in the 18th century, was the home of Prince Alfred from 1874-1893, during which time his mother, Queen Victoria, was a regular visitor. It was devastated by fire in the 1920s but the Manor House was rebuilt in its original style, retaining some original features.

It is an impressive building overlooking beautiful lawns and set in quiet surroundings. There are scenic nature trails and guided walks. Plus, an all-weather tennis court, petanque court, and croquet lawn.

Eastwell Manor is just over an hour from Gatwick Airport, and about an hour and a half from Heathrow. The nearest train station is Ashford, Kent.

Please share with your colleagues and across your networks.

The Company of Biologists is widely known for its excellence in scientific publishing and it now runs a successful high level series of Workshops. The Workshops provide leading experts and early career scientists from a diverse range of scientific backgrounds with a stimulating environment for the cross fertilisation of interdisciplinary ideas. The programmes are carefully developed and are intended to champion the novel techniques and innovations that will underpin important scientific advances.

Keep up to date

Sign up here to hear the latest news about upcoming Workshops and Meetings.

If you have a vision for such a meeting but don’t have the time to arrange the logistics or raise the funding, then please contact us. We are seeking proposals for future Workshops and provide all necessary support.

About our Journal Meetings

The teams behind our journals bring you the most relevant and challenging topics for discussion through a series of international meetings.

Important meetings serving the communities around our journals.

Themes explored in the Journal Meetings go on to be discussed in the Company’s journals, helping to shape the field and even the journals themselves.