Amphibians have been an important model system in scientific research for centuries, with their easily accessible physiology, life cycle, and behavior shedding light on fundamental processes in biology. Yet, most of these striking phenotypes are not represented in the few amphibian species with functional genomics tools, severely hindering progress on understanding how genetic variation influences the extreme phenotypic variation observed within this speciose group. I will discuss the development of functional genomics tools in poison frogs, which have evolved warning coloration, chemical defenses, and complex social and parental behavior. These phenotypes have evolved several times in South America and independently in Africa, allowing built-in replication for addressing genotype-phenotype questions. Specifically, I will discuss work from my group that has led to the identification of the physiological mechanisms of acquired chemical defenses and the neural mechanisms that govern social decision-making. 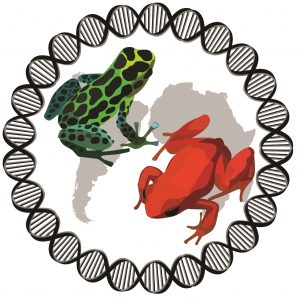