Spatial navigation – a unique window into mechanisms of aging and dementia

While decades of research into cognitive aging have focused on functions such as memory and attention, spatial navigation has been understudied. This is surprising because key structures of the brain’s navigation circuit are particularly vulnerable to the deleterious consequences of aging. In addition, deficits with spatial orientation are often among the first noticeable symptoms in patients with Alzheimer’s Disease. Given the recent breakthroughs in understanding the cellular components of basic navigational circuits in rodents and non-human primates, we are now in the position to identify changes in the navigation network that occur as a result of normative aging processes and specific neuropathological conditions.

In this talk, I will first present functional neuroimaging studies that have identified key navigational computations in the human brain. In the second part, I will outline recent studies that have begun to elucidate age-related changes in navigational processing, using novel paradigms that target specific spatial computations. Importantly, these studies also offer novel insights into general mechanisms of brain aging that could affect processes beyond the spatial domain. Finally, I will conclude with a discussion on how navigational indicators could (i) aid early detection of neuropathological conditions, (ii) be sensitive markers of treatment-related improvement or disease-related decline, and (iii) support behavioral interventions to maintain cognitive wellbeing. 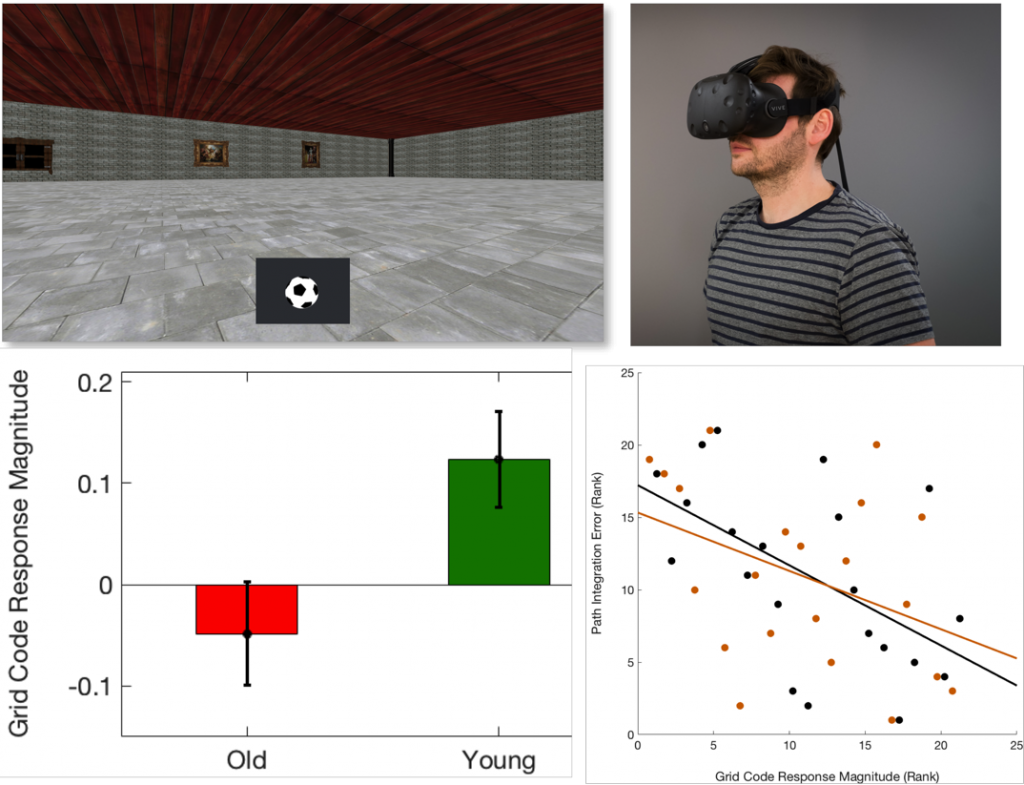